About Yappy Ever After

Yappy Ever After are a friendly foster based dog rescue.  Yappy was originally based in the East Midlands but due to the popularity of social media, Yappy now has a nationwide network of foster homes and supporters.

Louise Radford founded the rescue after being involved in saving two dogs who were being passed from home to home irresponsibly.  She realised this was not an isolated incident and felt the need to ensure all dogs being rehomed were safe and looked after for the rest of their lives.

​Yappy Ever After is registered with the Charities Commission (Charity #1163969) and works by saving both UK dogs in need as well as dogs from countries, such as Romania, Spain and Cyprus amongst others. All dogs are placed into foster homes for assessment periods and not kennels.  These periods last for a minimum of two weeks, but can go on for months, depending on the individual dog’s issues.

None of it would be possible without our amazing fosterers who are invaluable and take in often disturbed and unsettled dogs and allow them to take over their family.

Each of the rescue co-ordinators has a soft spot for a different “type” of dog and between us have around 100 years of experience of doggy behaviours and body language. This means there is always a second opinion to turn to if we need it and also a good mix of dogs coming through our doors. 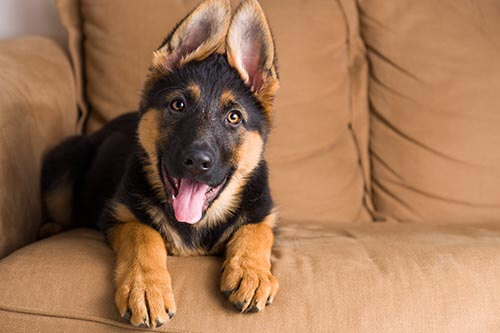 We are publicly Supported by William Roache MBE and Jack O’Connell.