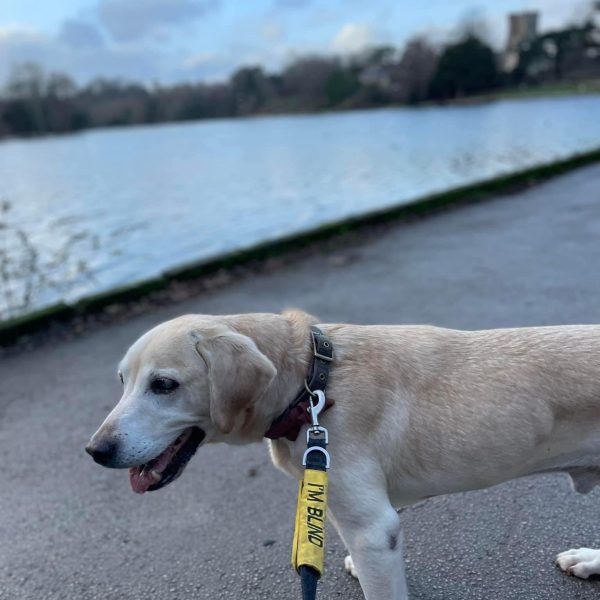 Archie came to us after his elderly owner sadly died this year.

Marley came to us as a blind 11-year-old labrador who had lived in a kennel all of his life. Imagine that, not only kept in a small space with no exercise, but to be blind too.

He was surrendered to the rescue on his owner moved And he came with his friend Toffee, chocolate brown Labrador who was slightly younger but in no less of a poor condition. Thankfully Toffee has now almost fully recovered (albeit he had ongoing skin issues) but sadly Marley was found to have cancer of the spleen. He underwent a splenectomy shortly after arriving and is doing som unbelievably well with the love of his amazing family, who adopted Toffee and took on Marley as a long-term foster for life. These two beautiful dogs now go caravanning frequently and are at last enjoying the life they truly deserve.